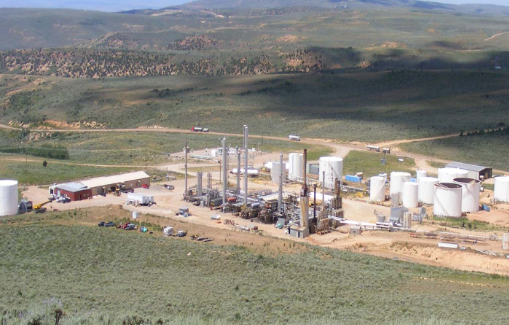 The Silver Eagle Evanston refinery primarily produces Regular and Premium gasoline. Feedstocks are condensates that are brought in via pipeline and trucks. The condensate tower separates the condensate into naphtha, diesel, and condensate bottoms. The naphtha is sent through a naphtha splitter that splits the stream into a light and heavy naphtha. The light naphtha is charged to a saturation unit to meet specifications and then blended to make different grades of gasoline. The heavy naphtha is charged to a platformer that produces a high octane blendstock for gasoline blending, while diesel is shipped to the Woods Cross refinery for hydroprocessing into #2 Ultra Low Sulfur Diesel.  The condensate bottoms are sold and shipped off-site. Natural Gas Liquids are also produced in the platformer and are shipped out via tank truck, while the remaining product is used to blend gasoline.

The Evanston refinery is located about 8 miles east of town, near Interstate 80. It sits on approximately 80 acres of land at an elevation of 7,500 ft. above sea level.